The story of our Group Badge 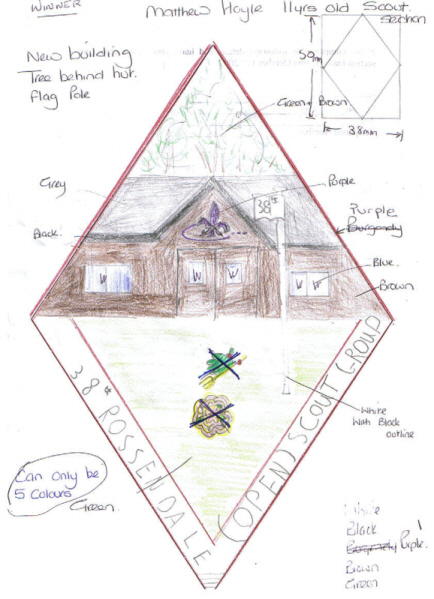 A Group badge is unique to a Scout Group and is only worn by members of that Group. Not all Groups have them. The 38th Rossendale are now part of the select few who do.

The idea behind the Group having its own badge first arose at Waddecar Campsite in 2004 where the Patrol Leaders noticed that some of the other Scout Groups were wearing badges on their neckerchiefs. They also asked why the 38th did not. It was explained that is because we had never discussed doing so as a Group. The Scouts were invited to design a badge as part of their creative challenge.

In 2007 after much discussion with the other Leaders, a competition was held and all young members were invited to submit a badge design. The prize was to have the design made into the new badge after approval by the County Commissioner.

The eventual winner was a Scout who has been with the Group since joining as a Beaver Scout.

Two years later (2009) the new badge has been made and will be proudly worn on the neckerchief by all members of the 38th Rossendale (Open) Scout Group.