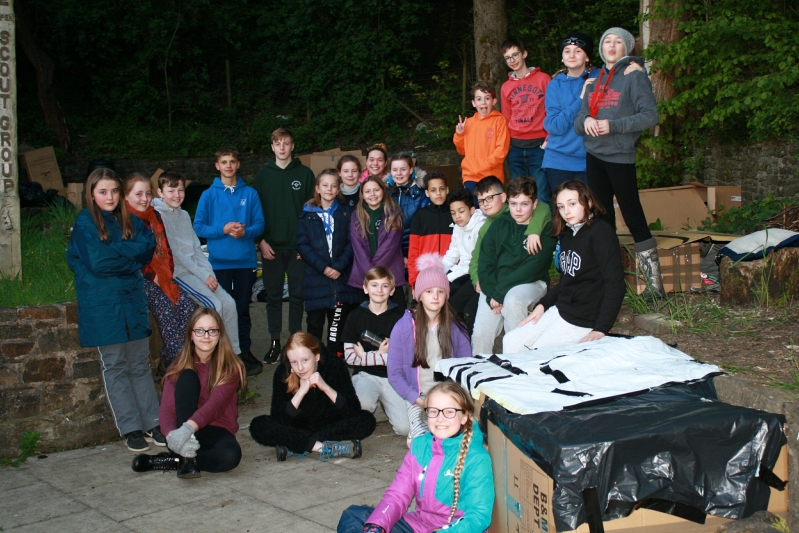 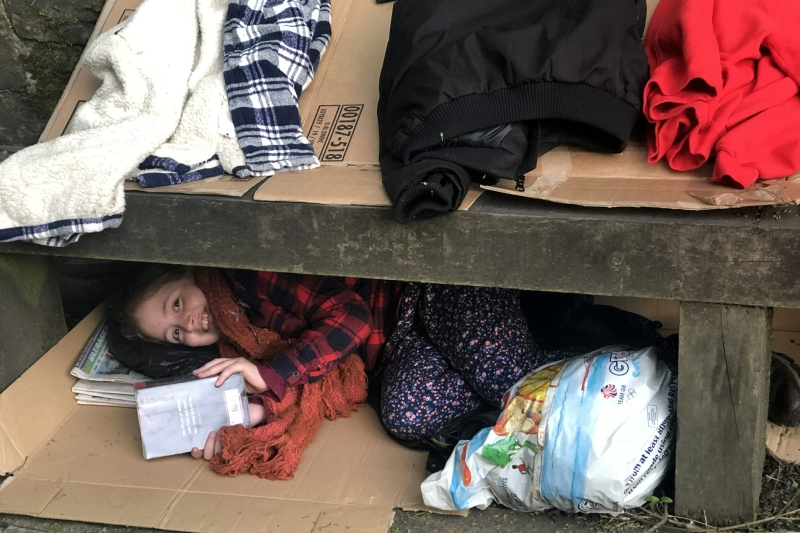 The M3 Project is a specialist charity in East Lancashire that can help with advice, support and accommodation for those aged 16-21 who are at risk of homelessness, or are actually homeless.

They provide supported lodgings accommodation for single young people, supported properties for young parents (and their children) as well as homeless prevention work through mediation.

Scouts from the 38th Rossendale along with Explorer Scouts from the Seat Naze Explorers took their cause to heart and arranged a sleepover to simulate the experience that some young people must endure for real.

Twelve-year-old Scout Eleanor explains why she did this and her experience of the evening:

“I’m very lucky, I have a beautiful home, loving family and friends, nice clothes to
wear, food on the table, the latest gadgets, fun holidays and days out — a great life in
general — but some are not as lucky as me and that’s why I took part in the M3
sleepover.

By spending one night sleeping rough, with only cardboard, newspaper and bin liners
for shelter, I got to experience what is a way of life for some young people living in
the Rossendale Valley. It was hard, it was cold, it was uncomfy, I got no sleep
whatsoever, but it was only one night and I came home the next morning to a hot
shower and comfy bed to sleep in.

By raising awareness and money for this charity, we are making a real difference to
people’s lives. Through advice and support given, these young people are provided
with the tools they need to tum their lives around for the better. Hopefully I will
never need help from this charity, but you never know, so while I’m in a position to
help I have, along with all the other Scouts and Explorers that took part.” 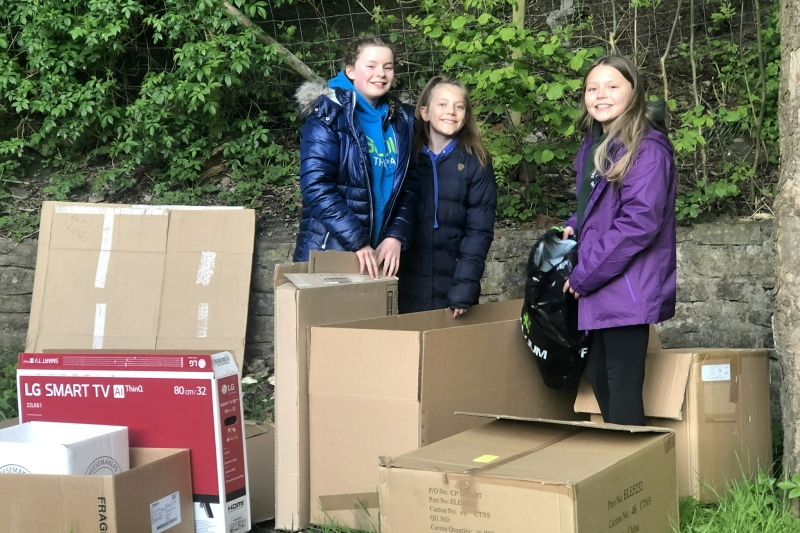 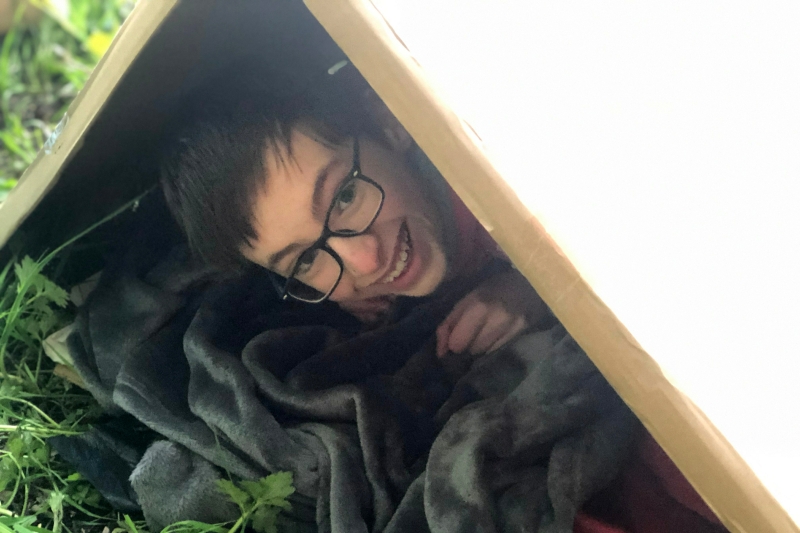 We received a similar story from 10-year-old Dorothea:

“I wanted to sleep out for M3 to challenge people’s views on homelessness and raise money for young people having a tough time. Lots of people think homeless people are there because they’ve been bad, or lazy but that’s only a tiny part of why people end up with nowhere to live.

People can become homeless because they get ill, or in debt, or are being abused, or it’s not safe where they live. Changes to how benefits work can make parents kick their kids out when they reach 16, and if families separate it’s hard for everyone to afford somewhere different to stay.

Although we all see street sleepers there are lots of invisible homeless people too, sofa surfing among family and friends, borrowing space from people for the night, using hostels etc. Not having a regular place to stay makes it really hard to stay clean, be rested and prepare food. It can put you at risk from people who encourage you to drink, take drugs or commit crimes to earn money or block out your sadness or block our yoursadbess or expect favours in return for a bed for the night.


Sleeping rough for just one night, with a blanket and cardboard provides just a tiny idea about how it might feel, but it was still very shocking and I learned a lot.  Preparing a shelter wasn’t too hard, but I was worried people might steal or squash things, and it didn’t feel safe. I worried about being stepped on, etc.  Some people were very cold, so hid in the toilets – that’s why you see homeless people in shopping centres – they have nowhere else to wash or get warm. Some of the boys got loud and silly, messed about and trashed their camp area, then found it really hard, because they’d lost the little they had. Being cold and hungry made people grumpy and irritable with each other. It must be very hard to be polite and friendly when you are homeless.

I was lucky, I got some sleep, and knew I had a warm bed to return to.  Just imagine if every morning you woke up cold and hungry and had no idea where you might sleep the next night.  Homelessness can happen to anyone, in surprising ways, at any time of life. People in my family have been homeless, and some of my parent’s friends too.  We need to stop all the nonsense about benefit scroungers and look after everyone in our society in a decent way. We could pay for it by making sure the rich pay the taxes they owe.  Unpaid taxes are a much bigger problem than benefit fraud and tax fraud widens the gap between the rich and poor, increasing unfairness.

My last thought is that in the night when I was cold, I wished I had my dog Artemis to snuggle up with.  I realised that’s why homeless people often have dogs.  To stop the loneliness and keep out the cold.  I think every Scout should do this and realise how lucky we all are.”

For more photos of the Sleepover evening, view our Facebook Album. 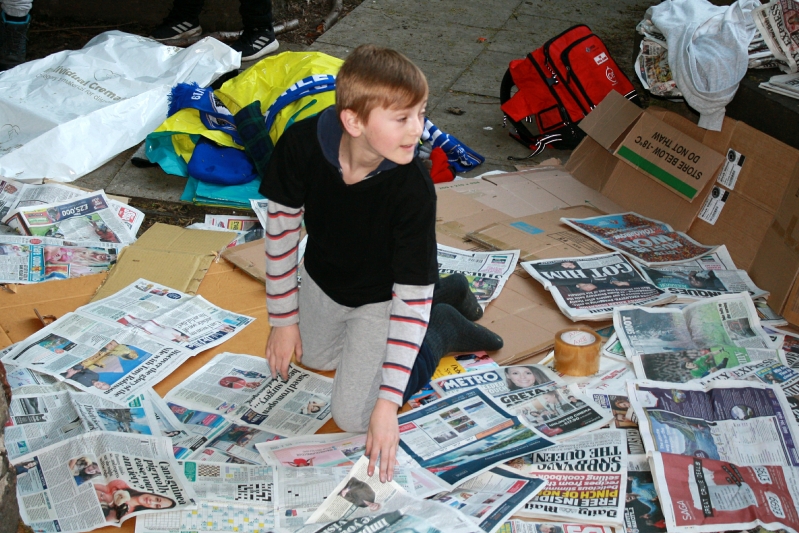 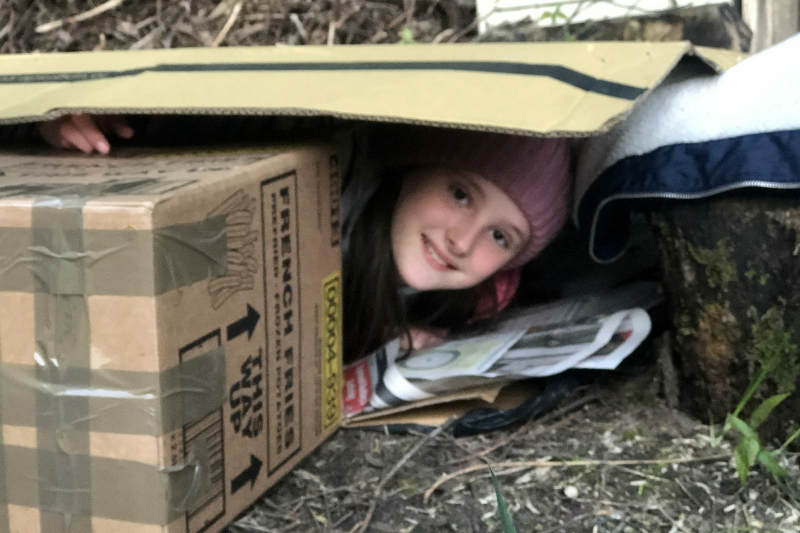