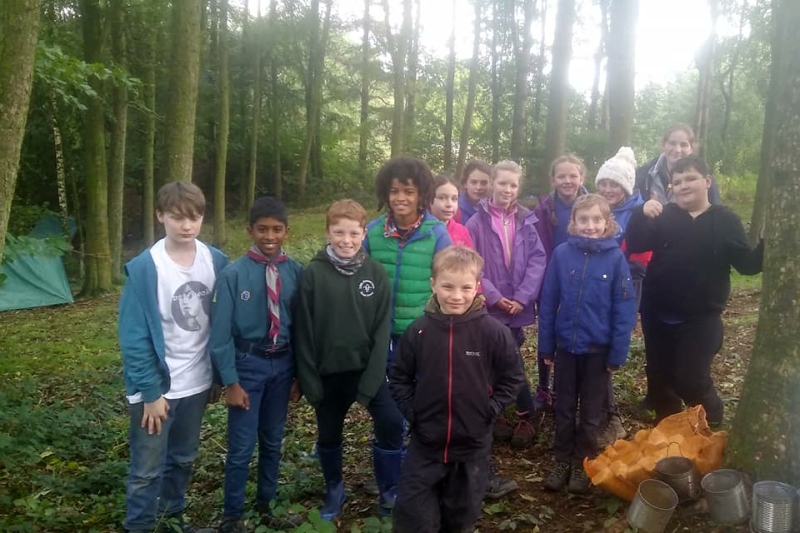 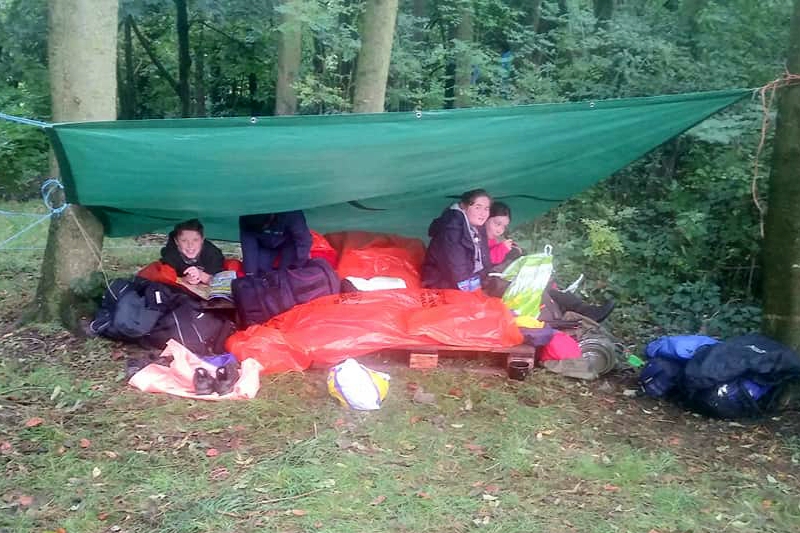 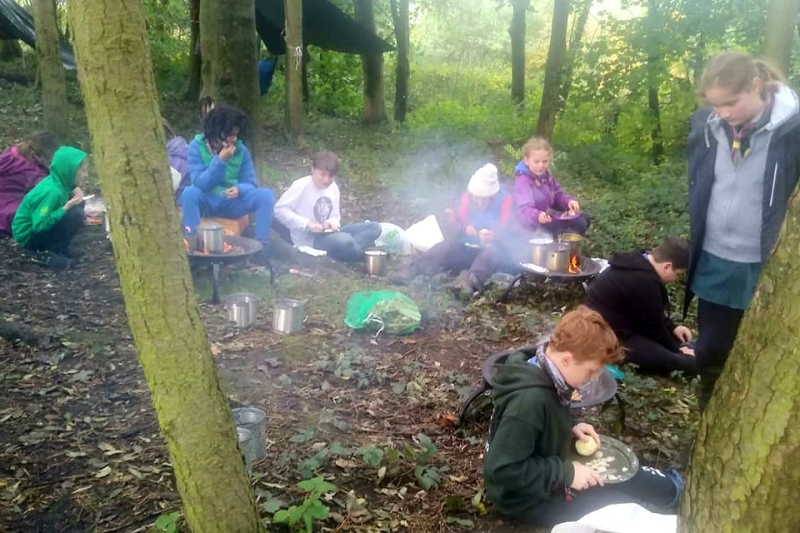 14 Scouts from Grey Troop descended onto Bowley Scout Camp to take part in a survival camp.

Upon arriving the Scouts had to build their own shelters then find their own food and wood using a map.

Once the shelters had been built and supplies found they were tasked with cooking their own lunch. This time no stoves were provided. Armed with some kindling and cotton wool the Scouts started their own fire. Mackerel was on the menu along with vegetables.

At the same time the Scouts learnt how to use knives safely. After lunch they found out different ways to get rescued using signals before learning how to use an axe.

As night approached the temperature dropped so the Scouts started making dinner. Stews and mashed potato was made, some scouts even started making their own cups of tea, and unfortunately the choice of flavours weren’t the Leaders “cup of tea”.

After cleaning up the Scouts had enough time for manhunt in the dark before settling down for the night.

Through the night the temperature dropped below freezing but the Scouts slept soundly in their shelters.

Morning came and a hot breakfast greeted the Scouts to thaw them out. After breakfast shelters were dismantled and the site cleaned before parents arrived.

Well done to them all on their achievement. 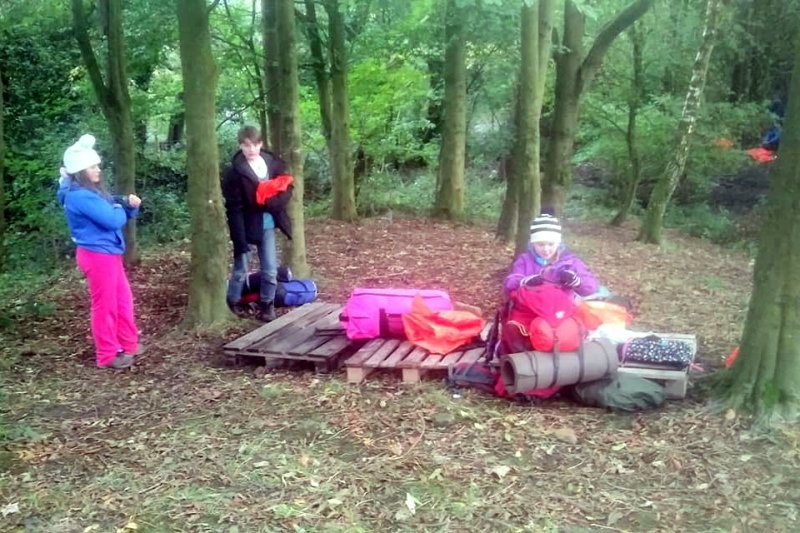 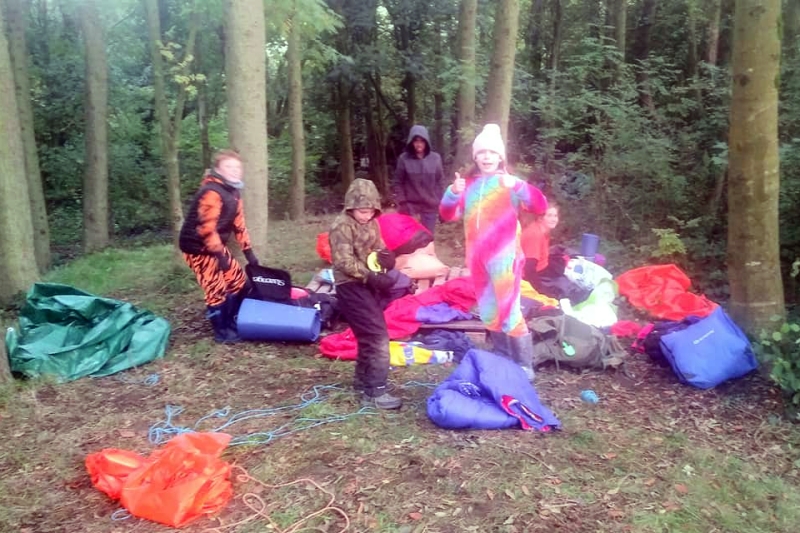