Beavers Celebrate 25-years at the 38th 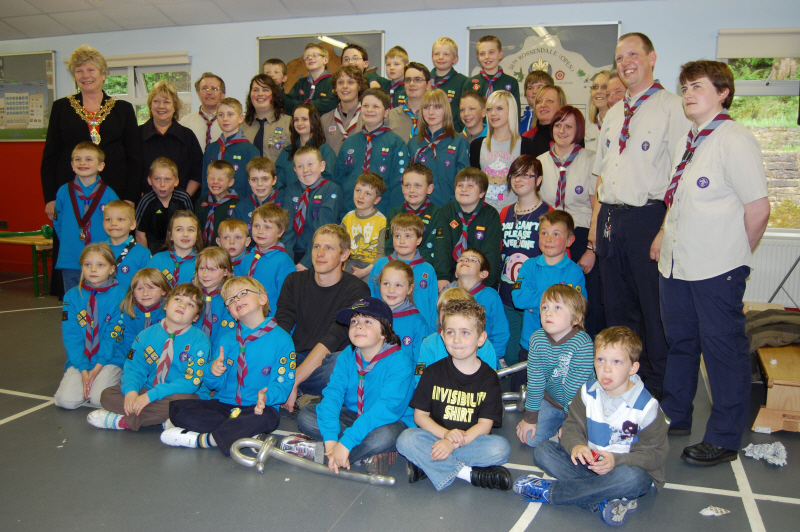 A special anniversary party was held on the 9th May 2009 to celebrate 25-years of Beavers at the 38th.  Current Beaver Scouts were joined by former Beavers to commemorate the event.  Special invited guests were Anthony Cooper the first Beaver Scout in 1984, the Mayor of Rossendale Councilor Christine Gill, Janet Anderson MP and District Officials.

The Beavers and visitors were entertained by Trevor Greenwood whose magic show kept the children spell bound.

Sandwiches, crisp, cakes and jelly were prepared and served by the “Friends of the 38th”, before a game of pass the parcel and the cutting of our anniversary cake by Anthony.

Founder Beaver Scout Leader Andrew Cooper thanked all for attending and made special mention to the Leaders he has worked with over the past 25 years.