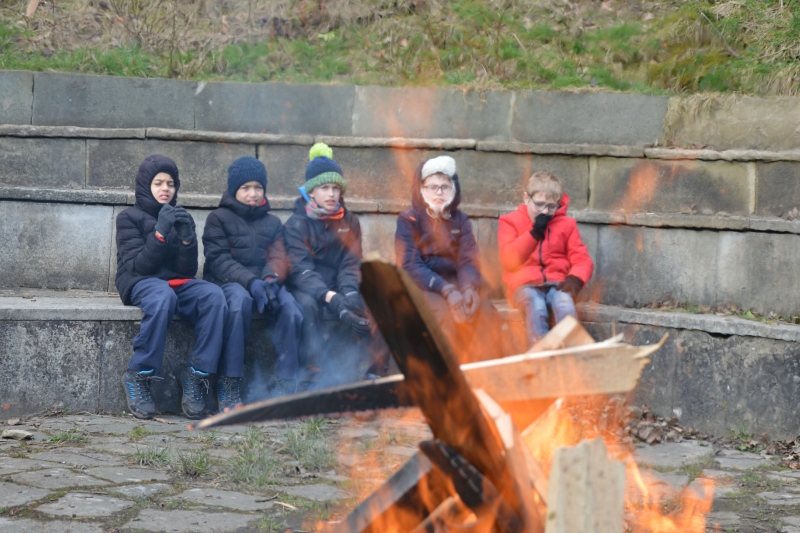 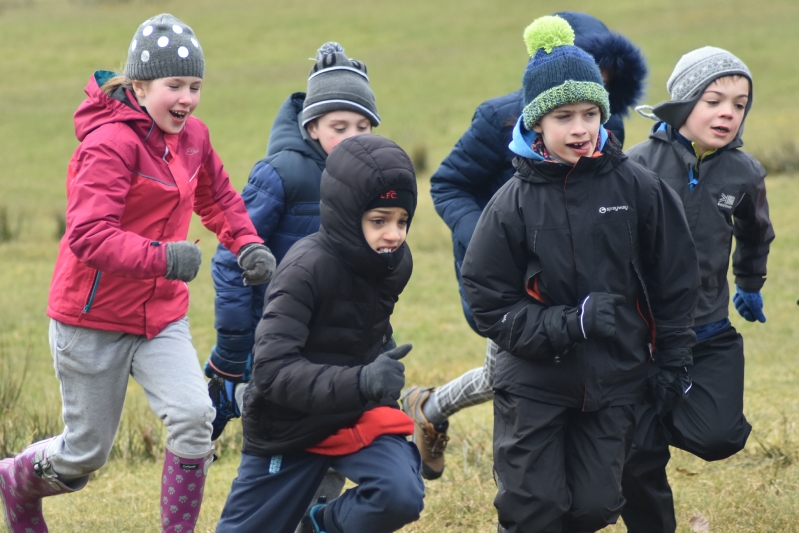 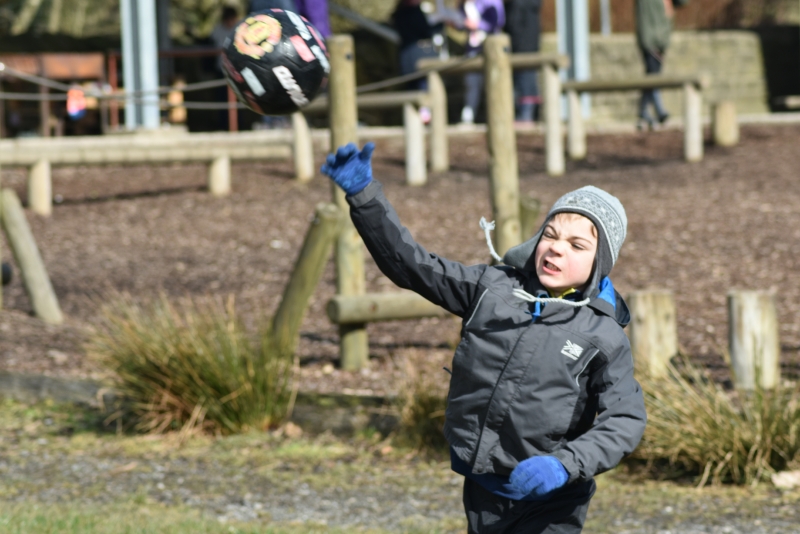 The Place: Ashworth Valley Scout Camp.
The Theme: The Year in 42 hours.
The Reality:….4 seasons in 1 day 🙂

Friday
The weekend started (as all good weekends do!) with a party, a New Years Eve Party!  The young people enjoyed games including musical statues, musical chairs and of course the classic pass the parcel. Lots of dancing and laughter was had and the evening was finished off bringing in the New Year with a toast of fizzy pop!

Saturday
Up with the larks on Saturday to find we have landed in February – in particular Shrove Tuesday! That could only be 1 thing…. Pancakes for breakfast!  Quick wash and change and suddenly 2 months have passed….. Easter has arrived!  Easter Egg roll was the first activity – following an exciting battle to the end this was triumphantly won by Jake.  Sticking with Easter the young people split into teams and went on an Easter Egg head outside!  Because of the wind this was a little shorter than originally planned and we all enjoyed a hot drink once back inside!

Moving swiftly through the year now to Summer Sports Day….  Warm up exercises preceded a series of competitions including a bleep test, ball throw, standing long jump, 400m run and ‘netball’ where the young leaders acted as goals.  Looking at these pictures you could easily think this was summer…well apart from the big coats reflecting the chilling wind.

A little down time on Saturday allowed for a spot of craftiness and silliness with lolly sticks! 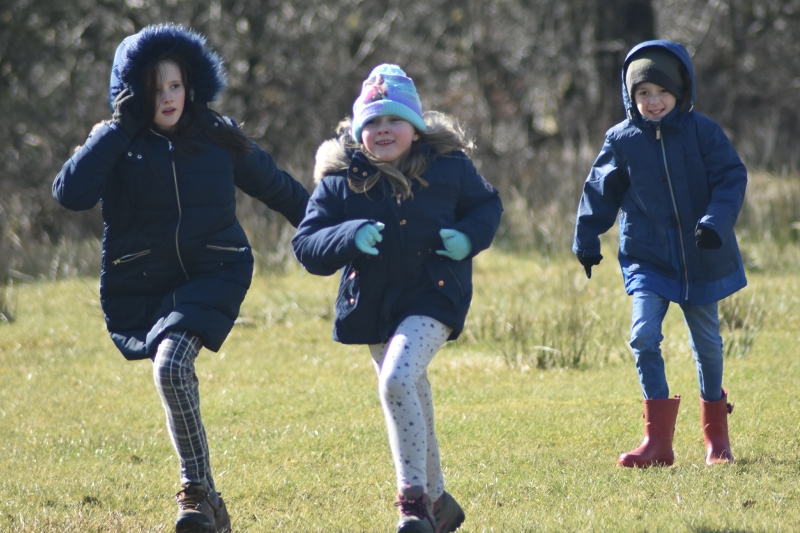 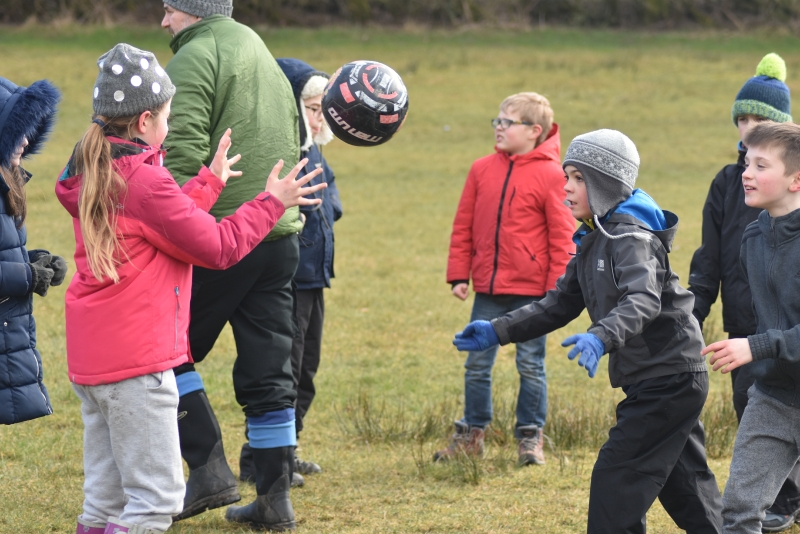 Skipping on a few months Saturday afternoon saw us arrive in Autumn and we all enjoyed an autumn bimble around the site before arriving at a (Bonfire Nights) campfire and sing-a-long.  When we set off on our bimble the weather was cold but dry (a perfect autumn day one could say), when we left our campfire we were in a snow blizzard – amazing how quickly the weather changed that day!

Anyway, on with our tale….

Arriving back from our adventure the young people were amazed our home for the weekend had received a makeover and Christmas had most definitely landed…. Saturday evening saw us celebrate with a 3 course Christmas Eve celebration Meal including full chicken dinner- nom nom 🙂 Following more party games including Stick the Tail on Rudolph we all settled down to watch a festive movie Arthur Christmas before retiring for the evening with thoughts and dreams of Santa…….. 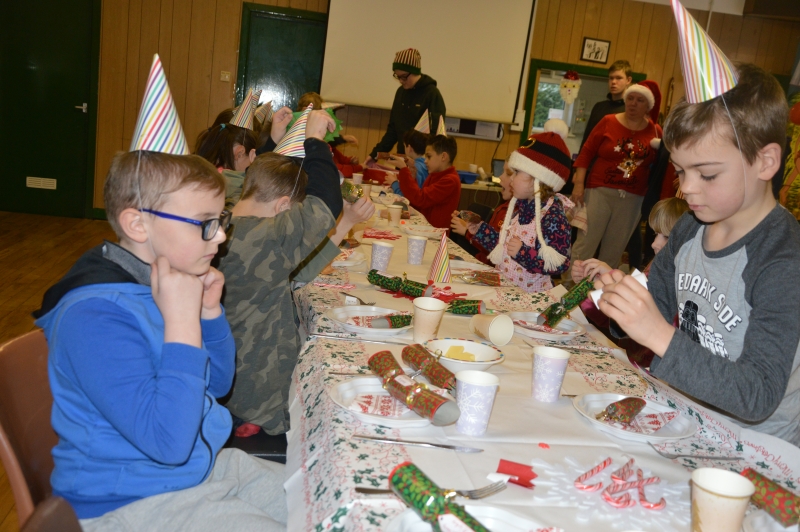 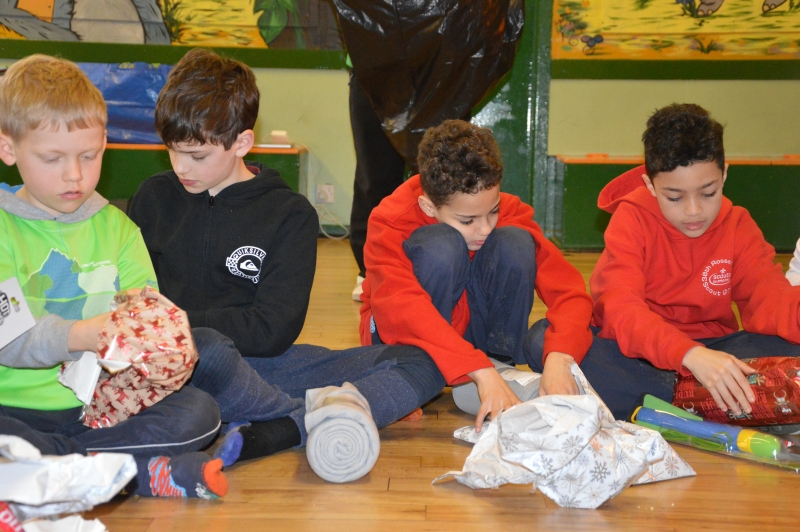 Sunday
Well he arrived! And so did the snow and the wind! The young people woke to a new snowy white landscape but that didn’t stop us!  Santa had been and there were presents to be opened!  Each young person received a blanket and a toy and those toys provided hours of endless fun…… After breakfast a festive Christmas day walk in the snow preceded a snowball fight – Akela being a moving target – unfortunately she doesn’t move very fast so the cubs had a very good chance of hitting their target!

Heading home was a little delayed as we all waited patiently for the snow to melt away a little and the roads to clear however everybody got home safe and sound!

Our year in 42 (and a little bit) hours was over! It was most definitely an adventure and we look forward to doing it all again sometime…… soon…..ish!

Akelas thanks go to the Leaders and their families who gave up their time to support the madness, the Young Leaders who do an amazing job supporting the Leaders and keeping the young people out of mischief and especially to the Cubs themselves who made this weekend so memorable! THANK YOU ALL!!!