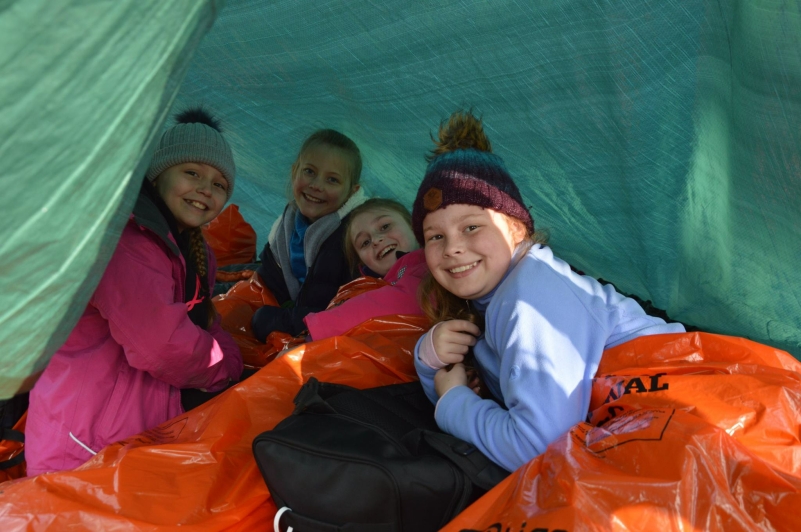 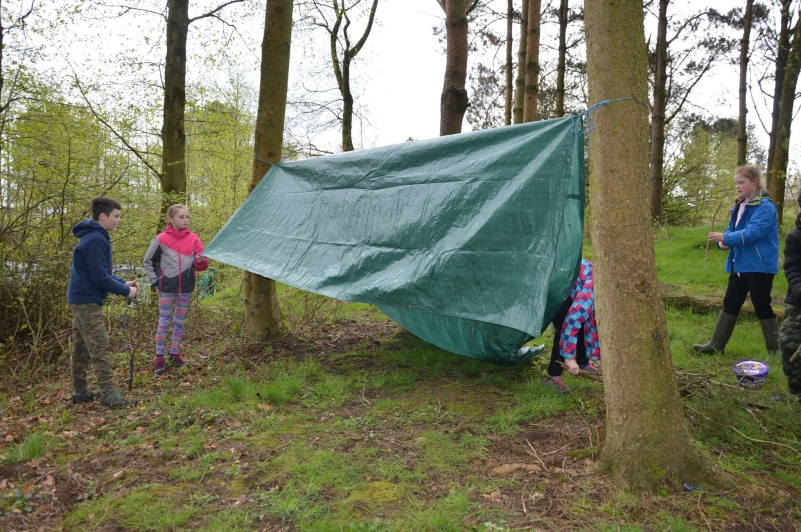 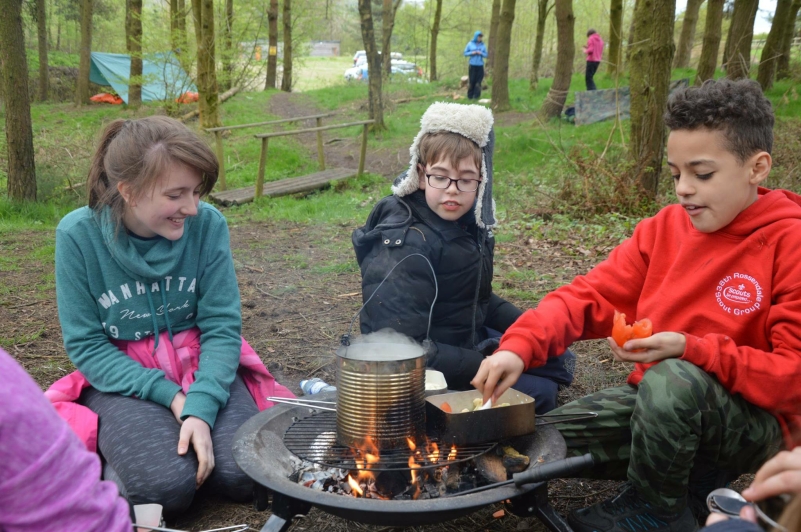 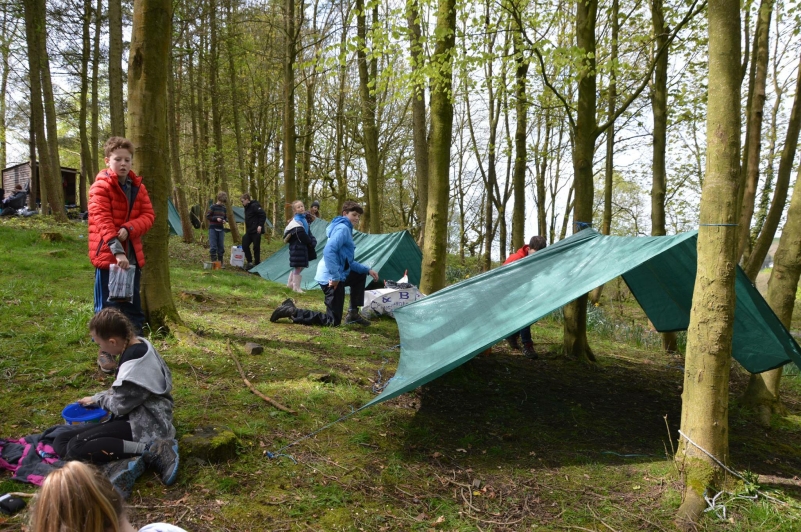 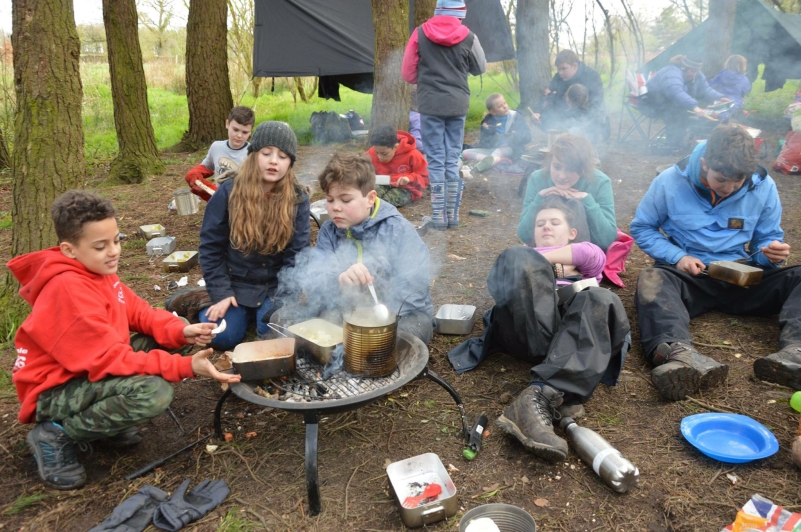 When the 21 members of Red Troop arrived at Bowley international Scout Camp at 10am on Saturday the 28th April they were blissfully unaware of the hungry eyes peering at them through the trees. Unbeknownst to them and the wider world an experiment by a group of Explorer Scouts involving Marshmallows, Pringles and energy drinks had gone terribly wrong. The potent mix had left them with the munchies for Scouts.

The Camp officer informed the Leaders of ‘Zombie Explorers’ but by that time it was to late to escape and the intrepid members of Red Troop withdrew to the Bush Craft Zone to wait out the emergency until they could rescued 24hrs later.

The Troop put into practice the previous months of survival training. Scavenging materials to build shelters for their teams to sleep in overnight. Lightning fires, they snacked on flat breads they made themselves which was followed by grilled fish (prepared by themselves from whole fish) and various forms of vegetable stew. The grilled Rabbit prepared by a Leader proved popular, with fruit to follow. 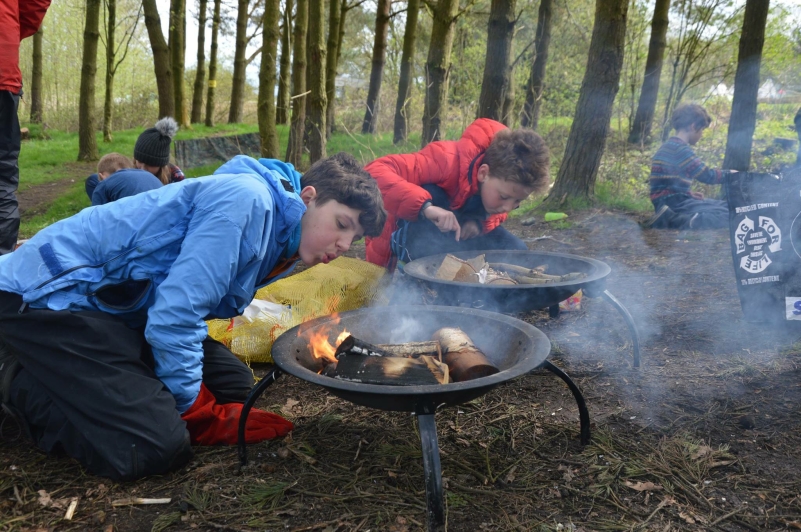 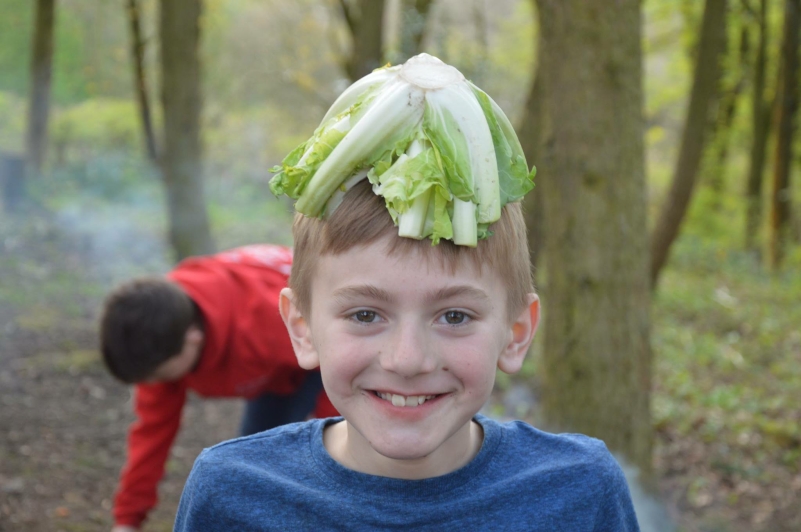 The 24hrs was a test of teamwork, culinary skills, maintaining a fire, safe knife work and innovation.

As night drew in the Scouts hunkered down for a test of their shelter building and hopefully some sleep.

Early to rise the team’s revived their fires to cook eggs and anything else they could scavenge. Then it was decamp, put out rescue markers and a build a very smoky signal fire as they waited for rescue.

Upon ‘rescue’ the Troop was rewarded with a brunch of sausage, bacon and beans cooked by the Leaders and the chance to get washed before going home (not that we can think of a single Scout that took this opportunity).

We have to say that despite the hardships of the weekend not one of the Scouts complained about anything! In addition the dedication of one young Scout who had her birthday whilst on the exercise.

As Leaders we were impressed how the team’s just got on with the task in hand, took the hardships in their stride and ‘did their best’.

For more photos from the survival camp, view our Facebook Album. 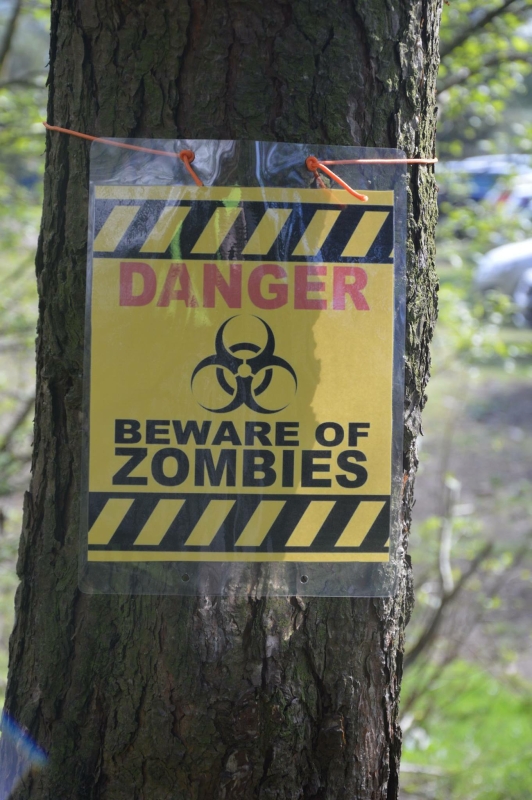 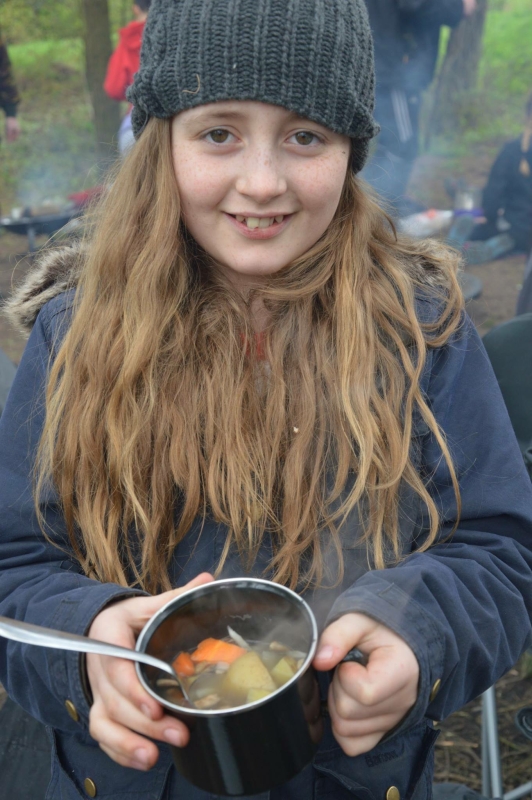 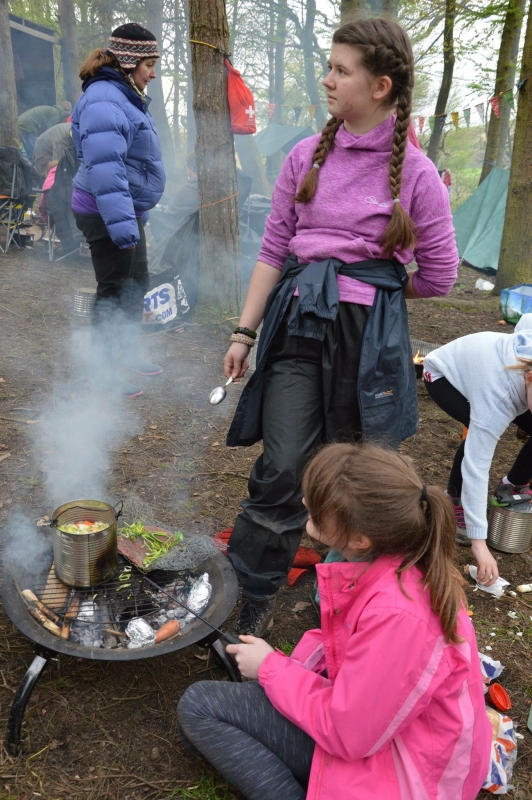 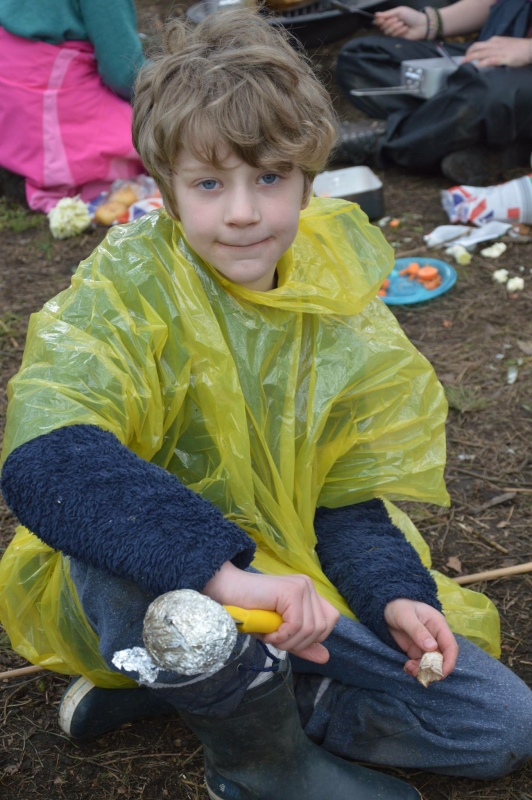 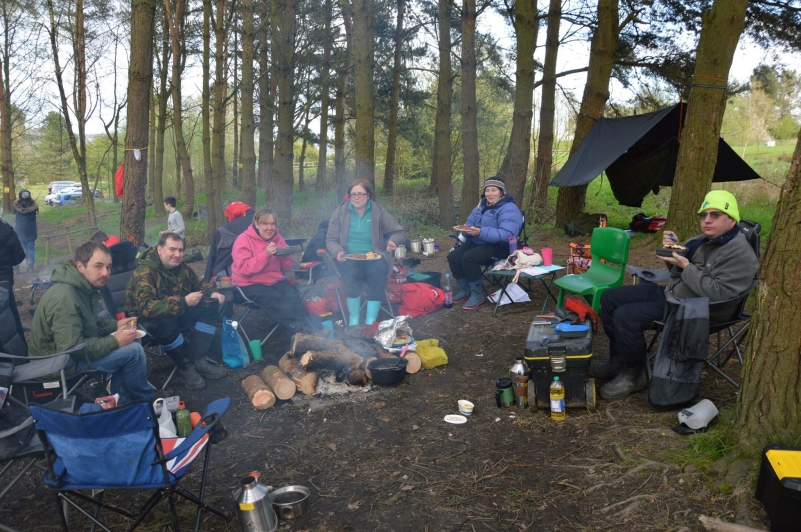 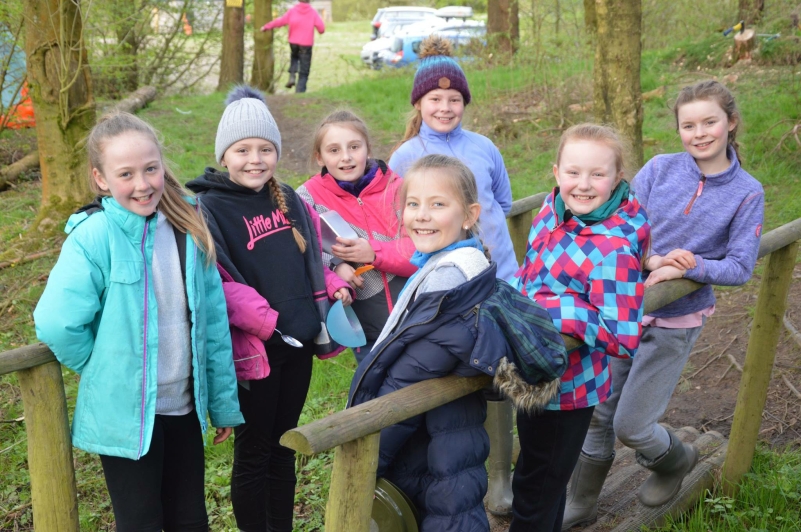