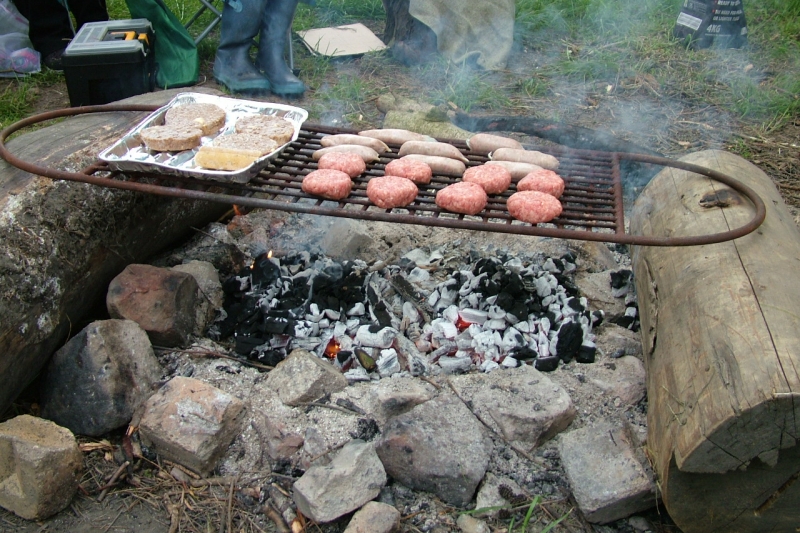 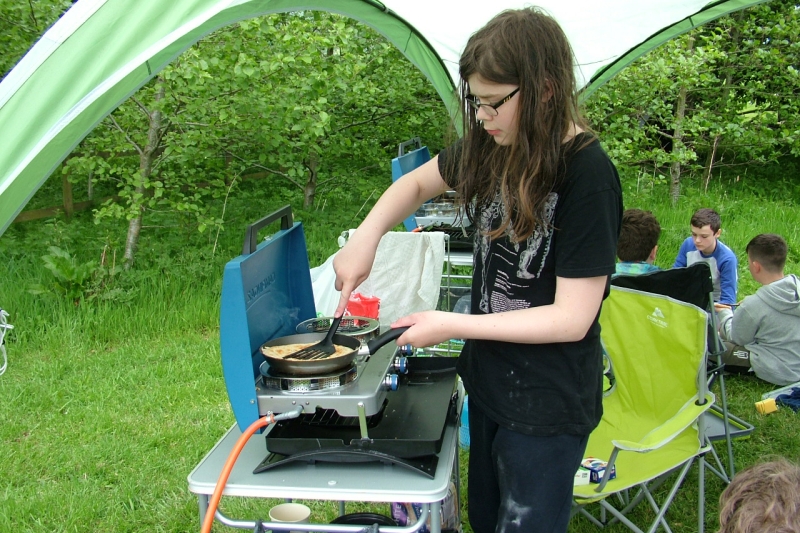 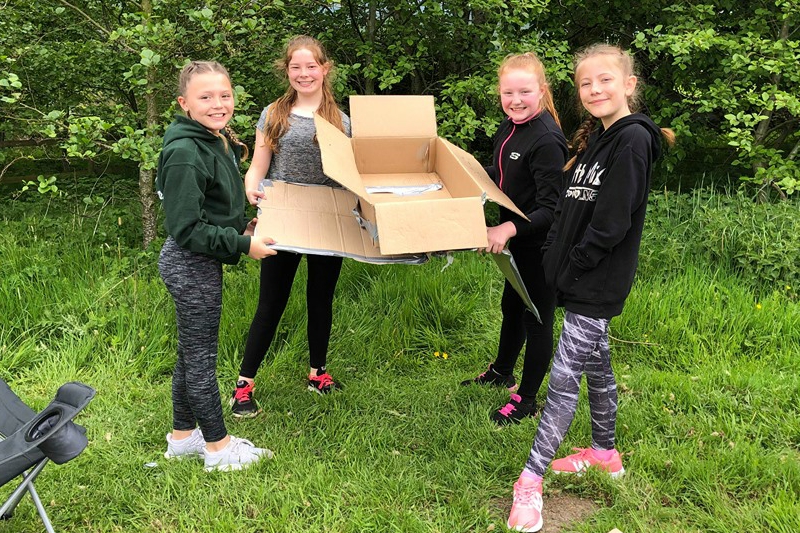 Ten Scouts, primarily Patrol/Assistant Patrol leaders, spent the weekend at the Bowley International Campsite brushing up on their self-sufficiency skills ahead of the full Red Troop camp in June.

They joined the Cubs of Grey Pack up at the Tipi village but there was no pre-erected accommodation for them.  It was tents and camp kitchens for these fine Scouts.

They were given a box of ingredients and a cookbook and had to agree on meals to cook between their teammates.

The first teamwork task was to build a canoe that would transport one of the team members from one side of the pond to the other, the only materials on offer were some sheets of cardboard, water repellent paper and duct tape.  There was one very successful craft, the others needed a rethink.

To add to that the theme for the Autumn programme had been agreed as had the plan for the next potential camp in the Autumn.

It would have been possible to fill a book with the ideas and suggestions that came from these young Scouts. 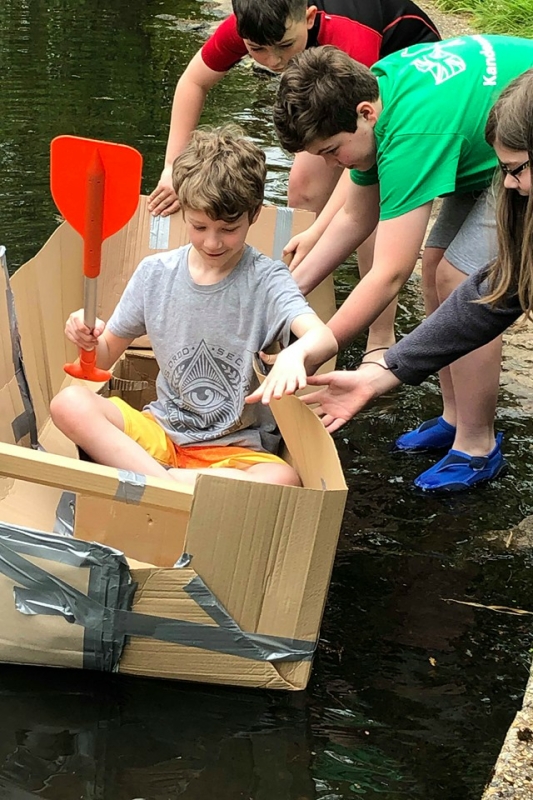 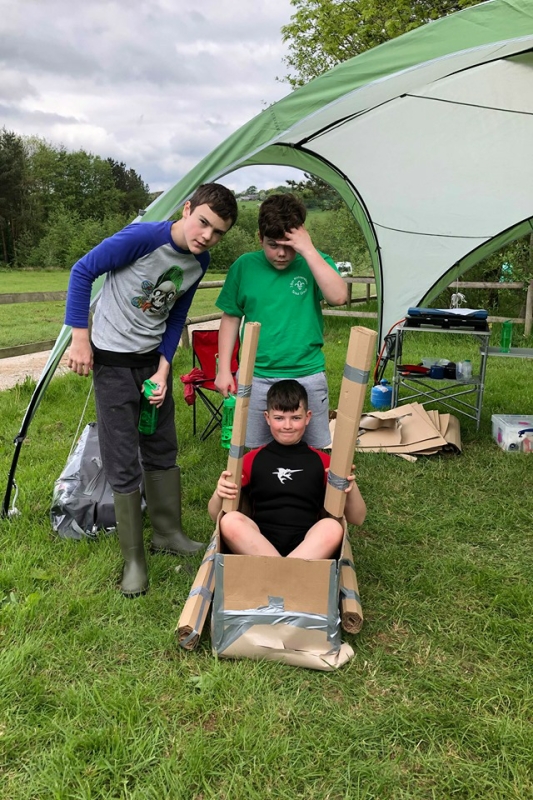 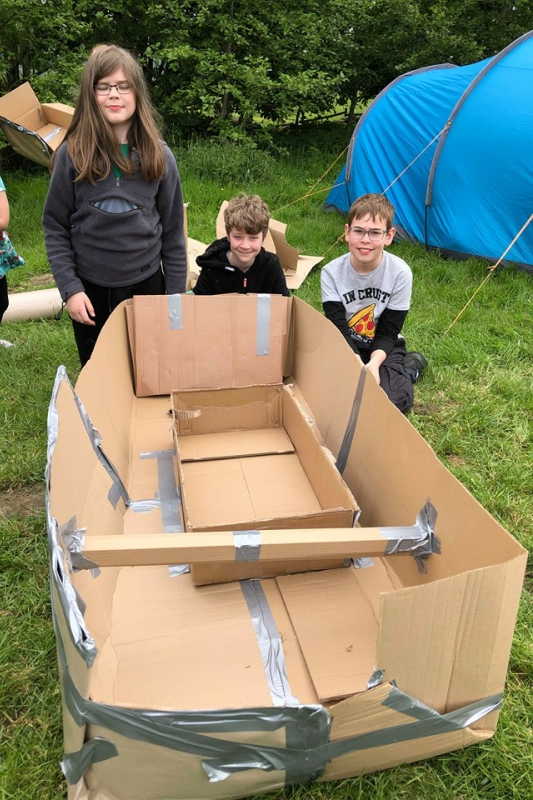 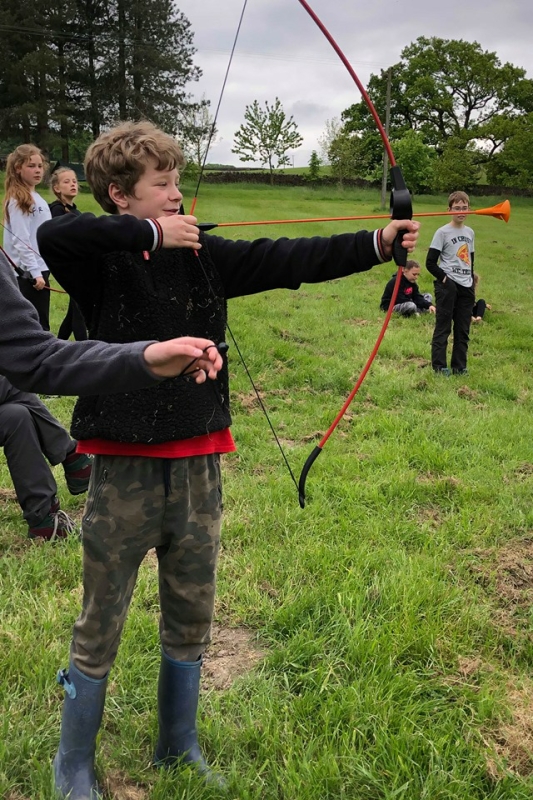 Soft Archery took them up to the teatime on the Saturday and again the team’s created their own meals with most going for the barbecue option.

Some then chose to join the Cubs and Beavers for a lively song or two down at the main campfire, while others took some time to wind down and relax.

Sunday they were up early again as they raced against time to cook breakfast, clean up and pack before the equipment transport left at 9am.  They pulled together well and made the deadline, with that they were rewarded with two surprise activities, crate stacking and turf boarding.

Overall it was a very productive exercise for the Troops young leadership and they now realise that they have a stake in how the Troop is run and how it’s future develops.

As always thanks to the Leaders and Young Leaders who make these events possible and to the Scouts themselves for grasping the opportunity to make this troop become far more #Youthshaped #Youthlead #Skillsforlife. 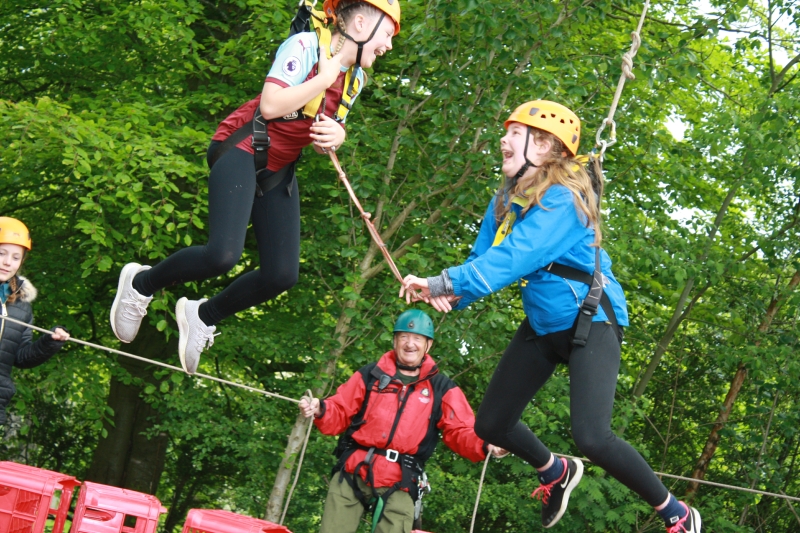 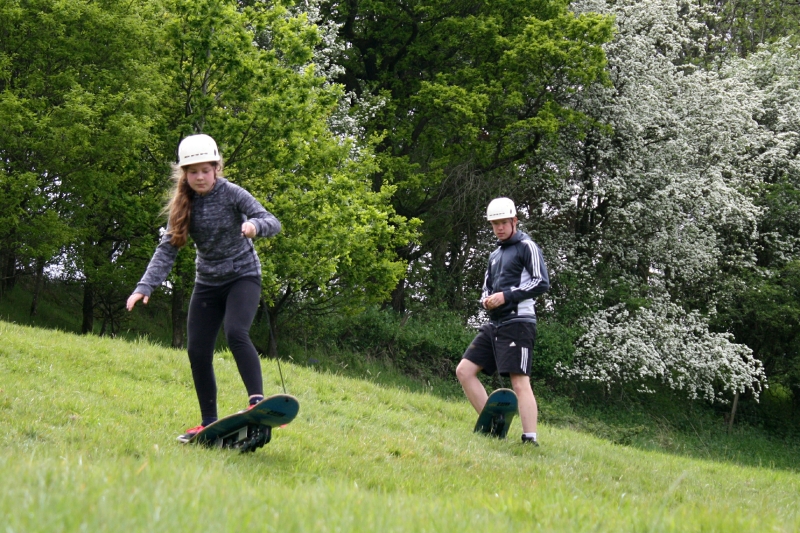